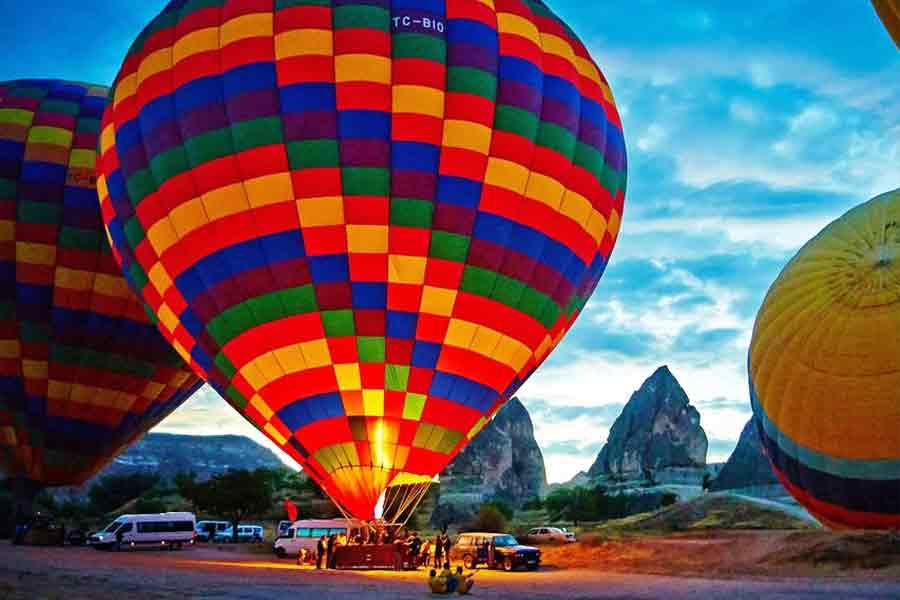 Top Things to Do in Cappadocia

High on every tourist’s Turkey hit list, Cappadocia is a region of swirling volcanic-rock landscapes so strange that they look like they have been fashioned by mischievous elves. But in reality, it is the work of wind and water slowly whittling away the rock. Best things to do in Cappadocia

Humans have settled in this area since at least the Bronze Age and have left their own mark on this wacky moonscape by burrowing into the soft volcanic rock to live.

The star tourist attractions are the Cappadocian villages, carved out of the hillsides; the Byzantine-era rock-cut churches with dazzling frescoes; and the labyrinthine underground cities where early Christians once hid from invaders.

Brimming with things to do for both nature lovers and history buffs, Cappadocia’s valleys are one of Turkey’s prime hiking and horse riding destinations, while aerial shots of the sinewy contours of those valleys have made the region one of the best places in the world to take a hot-air balloon tour.

Join in on the Free Pottery Workshop in Avanos 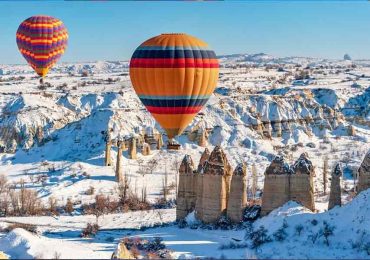 If you’re into crafts with your hands, participating in a pottery workshop in Avanos, which is famous for its pottery, is one of the best things to do in Cappadocia.
Avanos is a settlement located on both sides of the Kizikirmak River, and it’s a place where there is a concentration of workshops on how to make ceramics, pots, and pans. Pottery-making is an important tradition that stems from the Hittites.

This is because the land provides. There is soft and oily clay found in old beds in Kızılırmak and in the mountains of Avanos. The clay is formed on a type of workbench called a “çark.” Items that are made in the workshop are baked in the sun and then dried in an oven heated between 800-1200 degrees Celcius.

Peek inside the Cappadocia cave dwellings

While famous for its sunrise hot-air balloon rides, Cappadocia is also known for its enchanting cave dwellings. All across the region, particularly throughout Göreme National Park, you’ll find former homes carved into rock faces – communities lived in these caves right up until 1952. Now, many have been restored into upmarket cave hotels.

Flying In A Hot Air Balloon At Sunrise

The Cappadocia hot air balloons are fast-becoming one of the most common travel bucket list items in the world. It’s not hard to see why as you seamlessly float above the historic cave dwellings of Goreme Town with over 100 other balloons at sunrise in what can only be likened to a fairytale scene.
Each year more than half a million people enjoy hot air ballooning in Cappadocia, which is an incredible number and makes this region the number one hot air balloon destination in the world. I think half of the spectacle is seeing all the other balloons in the air at the same time, not just the epic landscape you are flying over.

Visit One Of The Many Cappadocia Viewpoints

Cappadocia is full of fantastic viewpoints (paid and free) where you can admire the unique terrain or watch the sunset. Head to Göreme Panorama to see the fairy chimneys from above and trees filled with hanging “evil eye” talismans, and watch the sunset from the Panoramic View Point just outside of Ortahisar.
Visit historical places in Cappadocia

If we suppose that Avanos, Ürgüp and Goreme are the corners of the Cappadocia, you will see many structures that have stories about different civilization in these locations. Some of them as old as Chalcolithic period and Hittites and some are traces of recent history which constituent the base of Turkish civilizations as Seljuk and Ottoman. You will taken away to different times by the valleys where Christians lived illegally, spread and multiplied with fear from Roman pressure, hidden or ordered churches and monasteries in the valleys, the houses that carved into rocks and the dovecotes which tell different tales used as livelihood.

There are countless things in activities in Cappadocia that we say ‘you should exactly see’ such as frescos of complex structures in Goreme Open Air Museum, the hidden heaven of Ihlara Valley, tombs, mosques, and the castles that look from the top that have a meaning as ‘Saint Cappadocia’. Begin with many places that marked on the Cappadocia map if you have enough time, but if not, begin with -must seen- historical places like Goreme Open Air Museum, Uçhisar Castle, and Ihlara Valley. Best things to do in Cappadocia

Experience The Sunrise Overlooking The Town Of Göreme

Of course even from the ground the sunrise in Cappadocia is a spectacle worth the early wake up call to witness. With hundreds of balloons floating over the fairy chimneys in the brilliant morning light, you’ll want to make sure you have your camera at the ready and get to the highest point possible.
Sunrise/Sunset viewpoint (if you’re searching on Google Maps) is at the top of a hill in Göreme and a popular (read: crowded) stop to catch the sunrise. Even with the crowds, however, you’ll get amazing views of the town and surrounding landscapes with the colorful balloons floating effortlessly overhead.