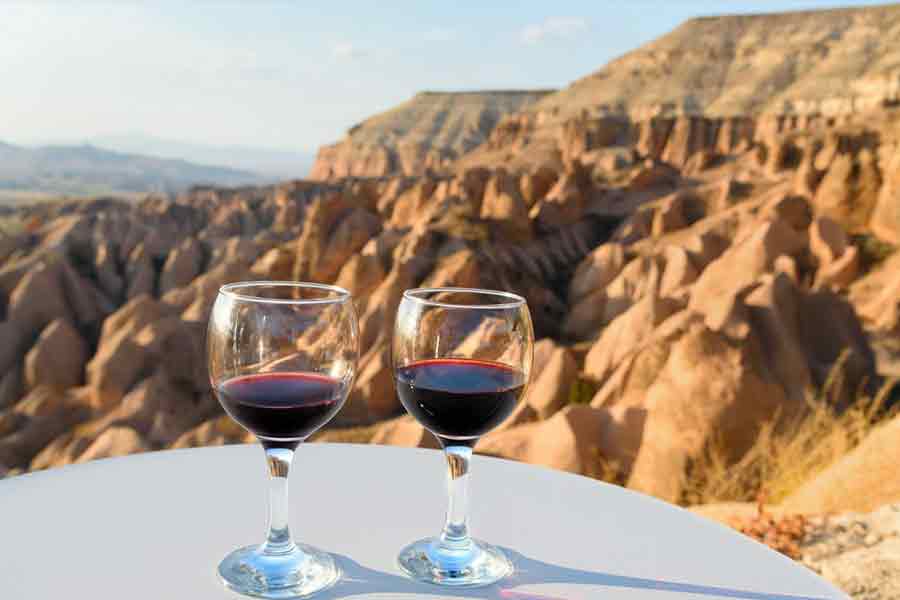 A day that’s so filled with adventure and wonder, must be fueled, right? In Cappadocia, one is spoiled for choice, as anywhere in Türkiye. Ranging from the luxurious and overwhelming typical Turkish breakfast to the vast forms of delicious local cuisines, one is surrounded with tastes and textures that leave one spellbound. 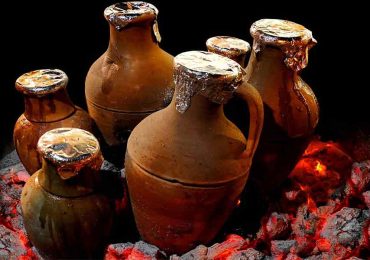 One unique dish to Cappadocia is that the clay pot kebab. Meat, vegetables, and lentils are slow cooked during a sealed clay pot in traditional earthen ovens. When the pot is broken, the smoky aroma and flavour that lies within burst out and fills one with sublime satisfaction. To accompany your meal, please do try the local wine, something the realm is legendary for. Explore the taste of Cappadocia, it’s hard to place down all that one can taste and revel in here.

Kayısı Yahnisi may be a fusion of apricots and meats, cooked in an earthen pot, on a wood burner, which includes a rustic yet paradoxically sophisticated bouquet of textures and flavors. It’s usually made of sweet apricots called “bitirgen”. If the apricot isn’t sweet, grape molasses is added to that while cooking. Pieces of meat or minced meat is cooked within the pot with apricots.

Other Cappadocian flavors include wedding soup called thin bulgur, milk soup made by adding milk to boiled bulgur, chickpea stew made with mutton, interesting dish of apricot and meat, stuffed apricots, quince stuffing, Gendime, Arapaşı, Peşmani dishes. The common feature of all of them is that they’re brewed in pottery unique to the region. don’t bypass the pumpkin desert or pumpkin seeds harvested in early September.

Zerdeli Pilav may be a gastronomical explosion of flavors and textures, combining elements that sometimes people wouldn’t think to place together. Layers of rice infused with grape molasses lay upon layers of rice and chickpea, blended with peeled almonds and raisins, and traces of coconut, release a cornucopia of emotions that titillates and refreshes the senses. 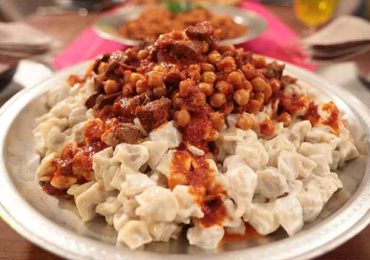 Turkish Mantı is an establishment in itself, and just is also the largest surprise and gastronomical pleasure of a visit to Türkiye. Mantı is formed from pasta dough withdraw stamp sized squares and filled with a heady mixture of minced meat, onion, parsley, pepper and salt. The pasta is then folded into delicate triangular packets of mini delight. The method of preparing mantı is time consuming but sure is definitely worth the effort. It’s usually served with garlic infused yogurt and spicy butter sauce, garnished with sumac and mint.

Kuru kaymak may be a creamy dairy food like cream and frequently served with organic honey. It’s an expensive texture and really addictive. A mean of seven kilograms of milk in its own special tray, boiling on wood fire for about ten hours. Generally, by the local people, it’s produced from fresh milk within the plateaus. Dry cream, generally preferred with honey, is indispensable taste. Boiled milk during a tray placed on a well-heated tandoori, then poured into foaming. After an hour or two on the hearth within the tandoor, the cream of the milk accumulated on the tray was removed with a knife, cut from the perimeters. The cut cream is folded in half with a skinny kitchen utensil and is placed on a sieve and dried within the shade, and Voila!

It would not be fair if you had come all this fashion and return without trying the delicious Cappadocian wines. This region holding the well-established winemaking tradition for thousands of years, owes its famous vineyards to the tuff formed by the volcanic activities. Anatolian grapes like Öküzgözü, Kalecik Karası, Boğazkere, Narince and Emir grow graciously because of the rich tuff soil. It gets better! Cappadocia wineries are open for visitation all year long, making your trip possible at any given moment.