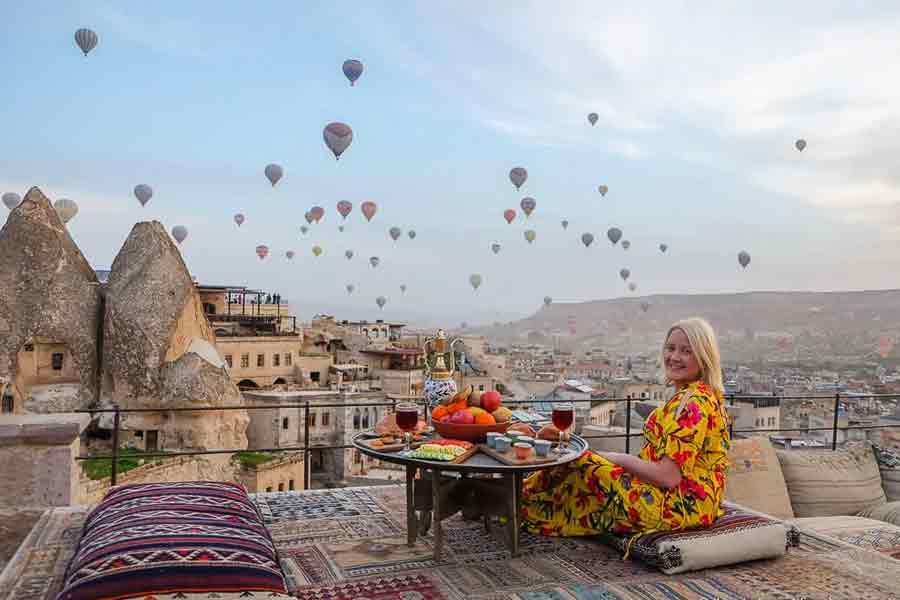 Which is the Best Area to Stay in Cappadocia?

As a major tourism hub, Cappadocia boasts of an extensive range of hotels and neighbourhoods to choose from when deciding where to stay. The final decision however should depend on your personal preferences and traveling style, since each area has its own characteristics and advantages.
Looking at each district, your budget will also largely play a part in choosing your overnight accommodation. The most popular choices are Goreme, Uchisar, Avanos, Urgup and Ortahisar, so let’s take a look at each of them.

Each village of the Cappadocia region has something to offer, whether you are seeking the best hotel in Cappadocia to see balloons or a budget-friendly option from which to launch a trekking trip through the Turkish countryside. Keep reading to find the best  Area Cappadocia hotels for your trip. 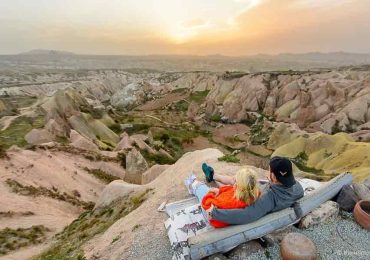 Göreme is the epicenter of the Göreme National Park. Although historically known as Korama, local authorities changed its name for practical reasons. The town is literally next to several interesting attractions. Thus, you can walk or bike between them.

With a wide variety of cave hotels, restaurants, bars, and shops, Goreme’s infrastructure is amongst the best Area  in Cappadocia. The whole place is a perfect symbiosis of nature and architecture. Several hills surround Goreme, and there are cave hotels for all tastes and budgets. Gorgeous views are everywhere, and you can enjoy them from different angles.

Top Things to do in Göreme, Turkey

Ürgüp is one of the region’s largest towns and has many upmarket hotels and fine restaurants. It is also a good spot to explore this whole region from and you’re near Ortahisar where there’s a castle, monastery and folk museum. Most of the best accommodation in Ürgüp is in the town’s honey coloured buildings or in the back alleys of the Old Town Area where there are some prime examples of the local architecture.

Things to do in Ürgüp

Aptly named as the king of the region because its castle is the highest view-point in central Cappadocia, Uchisar is an upmarket resort and home to many 4 and 5 star hotels. However its strategic position on a hillside may hamper disabled travellers or anyone with walking difficulties.

The castle is worth exploring with its honeycombed structure although don’t expect to find furnishing and antiques as seen in the European counterparts. It is nothing more than a rock castle but panoramic views over the lunar landscape and Goreme Valley are astounding.

Top Things to do in Uçhisar

Just a few kilometers down the road from Göreme is the small village of Çavuşin. Cappadocia travelers who opt to stay in Çavuşin will enjoy a convenient location, with fewer tourist crowds than in Göreme. It is located directly in the national park and adjacent to several hot air balloon launch sites.

There is also some interesting religious history here, with St. John the Baptist Church, the second-oldest church in Cappadocia. If you do not have a car, you can easily walk to Göreme in under 30 minutes, and there is a regular bus service as well. 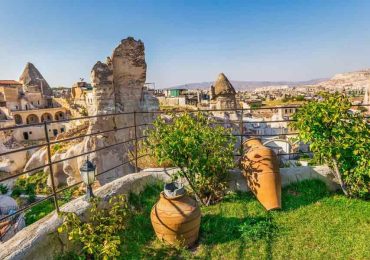 Ortahisar is one of the most scenic towns in Cappadocia. The old town surrounding the fortress is where all the action is. Nice restaurants, shops, and museums dot its curvy streets. The hill just south of the city center offers one of the best views in the area.

Things to See and Do in Ortahisar

Avanos is the only real city in Cappadocia, other than Ürgüp and Nevşehir. It is unique for two reasons. It is the only city in Cappadocia with a river. Besides, Avanos is a large pottery center famous all around the country. There is an excellent ceramic museum with an impressive collection of old and new works.

Avanos’ city center feels like a village. It is right next to the river with a fortress in the middle. Cave houses and traditional Greek mansions dot the surrounding hill. There are plenty of cafes and restaurants and a nice market. The Kizilirmak River, also known as the Red River, is Turkey’s longest.

Top Things do in Avanos