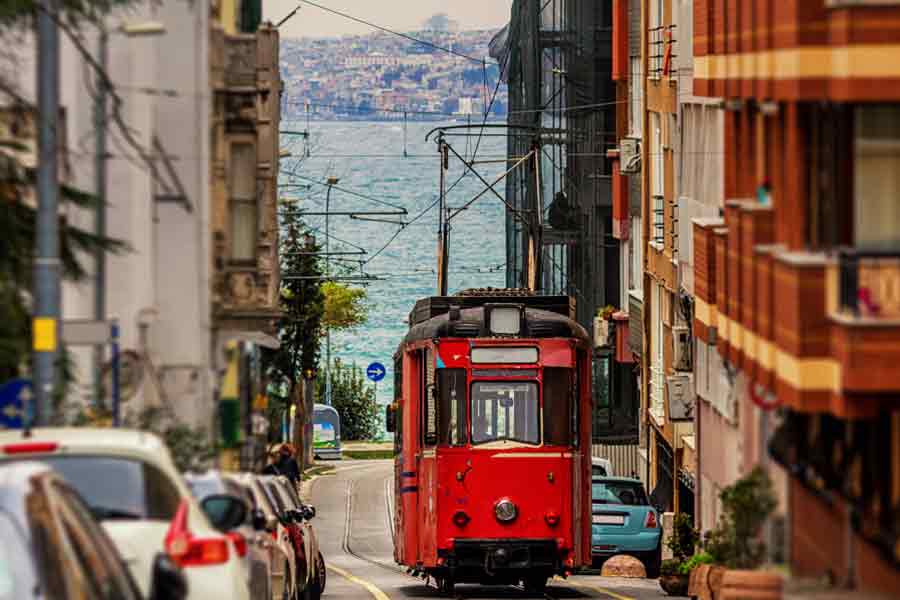 What To See In The Asian Side Of Istanbul?

Istanbul is the only megalopolis in the world that straddles two continents. Europe and Asian side are separated by the Bosphorus Strait, which connects the Marmara Sea and the Black Sea. There are three very large suspension bridges that connect the European and Asian shores of Istanbul, but also vapors (ferries in Turkish) that go all day round.

In the collective unconscious, the Asian shore of Istanbul is wrongly considered more “oriental” than its European sister. What is really striking in Istanbul and which in our opinion constitutes its main beauty is the cohabitation between diverse and varied populations. In a very short time, you move from a conservative neighborhood like Üsküdar to a modern neighborhood like Moda. 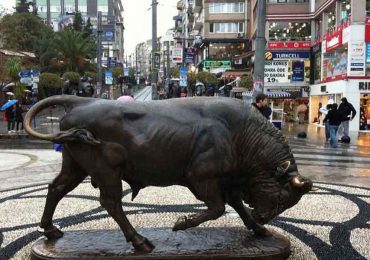 How to Get to The Asian Side of İstanbul?

1. Meet up at the Bull Statue

Kadıkoy’s bull statue, located in the center of an intersection, is one of the most famous landmarks of the Asian side of Istanbul. The statue was created by French sculptor Isidore Bonheur in 1864, and it was originally erected in Alsace-Lorraine before being seized by the Germans, who were allied with the Ottomans during WWI. As a symbol of appreciation, the statue was given as a gift to the Ottoman commander Ismail Enver Pasha in 1917. In 1955, the statue was placed in the courtyard of the Istanbul Hilton Hotel. Finally, in 1990, the bull statue was moved to its current location, Altıyol. Since then, this beautiful piece of art has been a meeting place for both locals and tourists.

The Brides’ Hill is located on the Asian side of Istanbul on the Bosphorus coast in Uskudar. It got its name due to the large number of brides who visit it to take photo ops.

The Brides’ Hill is made up of two hills: Big Camlica and Small Camlica. Big Camlica is 267 m above sea level, with stunning views of the Bosphorus Bridge, the Black Sea, the Princes Islands, the Eminonu Peninsula, and Uludag Mount. Small Camilca is 229 m above sea level, full of gardens, forests, and walking tracks.
The hill has some parks, green forests with trees and roses, giving the hill a magnificent landscape. At certain times of the year, some festivals are held, and restaurants, hotels and cafés serve fast food, Turkish food, western food, as well as all kinds of drinks.

There are two nostalgic trams in Istanbul and one is located in Kadıköy. It loops around and takes you to Moda, the multicultural neighbourhood loved by artists, students and young people.
You could, of course, walk there but take a trip down memory lane with an old tramway! There are barely 20 seats inside but it takes you along one of the busiest intersections. Then, you get to travel the neighbourhood’s smaller streets and it brings you back in around 30 minutes. 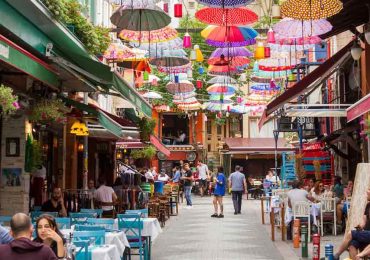 Moda is a trendy up-and-coming area of Kadikoy that is filled with lots of restaurants, cafes, bars, pubs, and meyhanes (Turkish pubs). The neighborhood borders the Sea of Marmara and features a coastal walkway with incredible ocean views.
While you’re in Moda, be sure to visit the Barış Manço Museum which is dedicated to Anatolian rock legend Barış Manço.

The most beautiful tourist attraction in the Asian side of Istanbul is to explore the Marmara Sea Coast of Istanbul. Caddebostan is the meeting point of young people in Istanbul Asian Side.
Get your beer here and enjoy the view of Princes Islands. Prince Islands will be right in front of you. You can meet young and modern Turkish young people in Caddebostan!

Baghdad Street is located in Kadikoy, one of Istanbul’s most important landmarks on the Asian side of Istanbul. It is one of the oldest and most famous streets, with historical character, where you can see markets, shops and prayer places dating back to the Ottoman era.