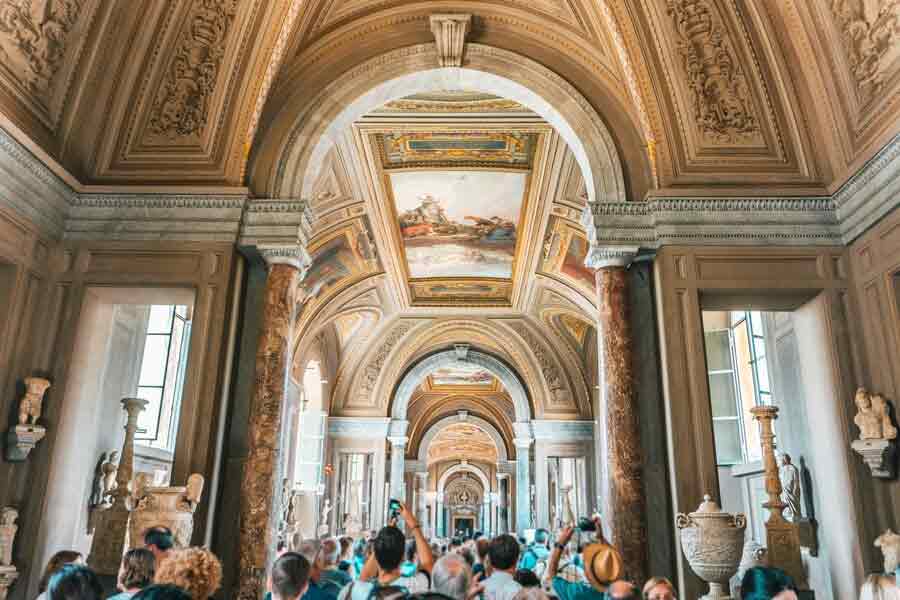 As everyone is recommended to stay home and all cultural centers and museums are closed during these difficult times, how would you “go” to a museum and/or “attend” an exhibition? Many museums, art galleries, cultural institutions, etc. worldwide provide virtual tours to their art and cultural treasures, making thus culture go virtual as well.
Want to travel from home? Here are 46 Turkish museums & archaeological sites with free virtual tours! From Istanbul to Antalya, explore Turkey’s incredible culture and history.
The benefits of virtual museum tours are endless. It’s fast, free, and informative. There are no lines or jetlag involved. So instead of packing your suitcase, grab your favorite drink and enjoy our free virtual museum tours. 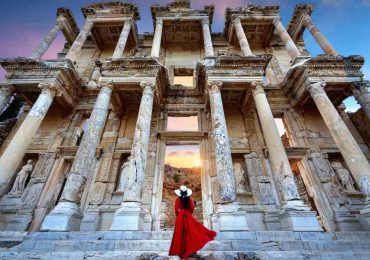 The ancient Greek city of Ephesus is undoubtedly the most renowned archaeological site in Turkey and was added to UNESCO’s World Heritage Sites List in 2015 CE. Located on the Aegean coast near the seaside city of Izmir, the site is home to the great Temple of Artemis, one of the Seven Wonders of the Ancient World. Stroll around the paved street of Ephesus, where impressive monuments such as the Library of Celsus, the Great Theatre and the Temple of Hadrian will be revealed to you in all their glory.

Cappadocia–Göreme Open Air Museum is a rock settlement that hosted the monastic life extensively between the4th and 13th century. In the area forming a valley, churches, chapels, dining halls, and seating spaces were carved in rock blocks. As of December 6, 1985, the Göreme Open-Air Museum has been included in UNESCO’s World Heritage List as a natural and cultural asset.

Museum of Turkish and Islamic Arts

The Museum of Turkish and Islamic Arts was the first museum in Turkey to bring together works of Islamic art. It was founded in 1914 as the Museum of Islamic Foundations and housed in the Imaret building of the Süleymaniye Complex, built by the great Turkish architect Sinan in the 16th century. The museum was renamed the Museum of Turkish and Islamic Arts after the declaration of the republic and moved to its present location in the 16th-century Ibrahim Paşa Palace in 1983.
The core collection of the museum comprises Islamic artworks collected from across the Ottoman Empire at the beginning of the 20th century. These works include carpets, manuscripts, metalwork, glassware, ceramics, woodwork and ethnographic materials. The collection represents an extensive period ranging from the rise of Islam to the 20th century and the vast geographical area ruled by the Ottoman Empire.

The ruins of the Hellenistic spa city of Hierapolis are located near the town of Denizli, atop Pamukkale’s spectacular travertines terraces, one of Turkey’s most popular sights. Designated a UNESCO World Heritage site in 1988 CE, the site of Hierapolis extends over a large area with remarkable ancient remains of the Graeco-Roman period. They include baths, temple ruins, a monumental gate, a nymphaeum, a necropolis, and a well-preserved theatre. 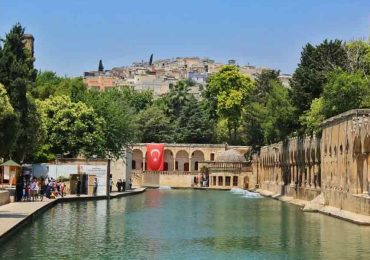 The Fish Lake (Balıklıgöl), just in the south of Halil-ur Rahman Lake in Şanlıurfa, is located in front of Urfa Castle and is a lake with an area of ​​150 square meters. Balıklıgöl features a unique history, and there are various narrations about it.

The Museum of Anatolian Civilizations is Turkey’s most outstanding museum, occupying two Ottoman-era buildings in the heart of Ankara’s old city. The museum, which was elected as the first ‘European Museum of the Year’ in 1997 CE, displays an extensive collection of historical artefacts from Anatolia’s many diverse cultures. The exhibits are laid out in chronological order in an exceptionally well-designed area. They include 8,000-year-old ‘goddess figurines’ from Çatalhöyük (one of the most important, and largest, Neolithic settlements on earth), Bronze Age treasures from the royal tombs in Alacahöyük, superb Hittite reliefs and sculptures, and incredible inlaid wooden furniture from the Phrygian capital Gordion.

Hagia Sophia Museum is a patriarchal cathedral built in the historical peninsula of Istanbul between the years 532-537 during the Byzantine Emperor Justinianus period. 1453, it was converted into a mosque by Fatih Sultan Mehmet. It has been serving as a museum since 1935. Hagia Sophia is a domed basilica type structure that combines the basilica plan and the central plan in terms of architecture and plays an essential role in the history of architecture with its dome transition and bearing system features.

This museum, located in Gaziantep, showcases an outstanding collection of mosaics that once adorned the villas of wealthy citizens in Zeugma, a Roman garrison town that now lies under the reservoir created by the construction of one of Turkey’s largest dams in 2000 CE. The museum’s most famous exhibit is the ‘Gypsy Girl’, considered the Mona Lisa of mosaics. Other mosaics depict various mythological figures such as gods, goddesses, and ancient heroes.