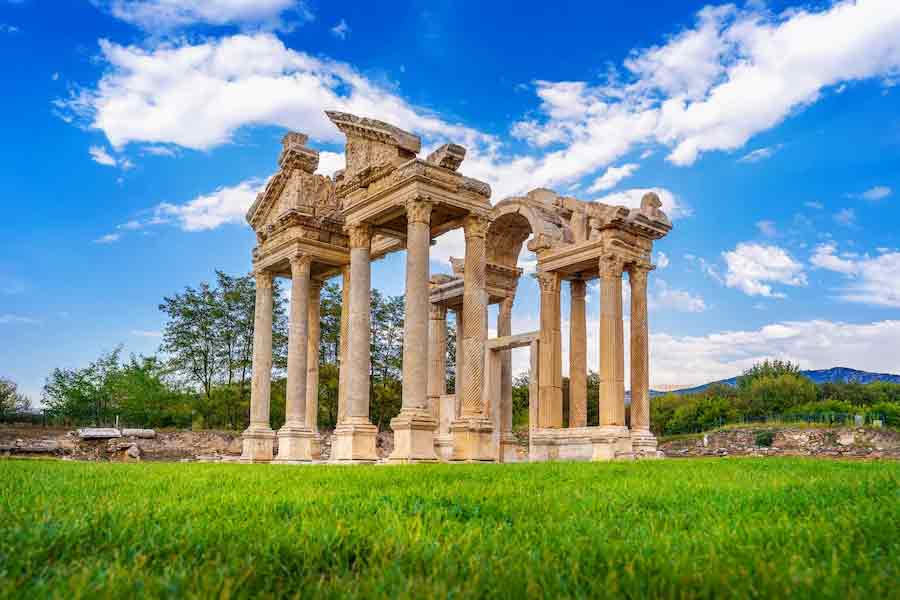 UNESCO Global Heritage Fund encourages local communities to play a pivotal role in their own economic and social development through cultural preservation of tangible and intangible heritage.

Our innovative community-based planning, technology-driven conservation, and public-private partnerships approach heritage sites as invaluable stimuli to empower people, improve economic opportunities, and transform communities.
Intertwining special assets of historical and geographical importance, the UNESCO World Heritage List is the principal archive of world history. Including the inscription of Göbeklitepe in 2018 and holding a total of 18 sites, Türkiye holds a notable place on the Unesco World Heritage List. We have compiled a list of these must-see cultural treasures for you. 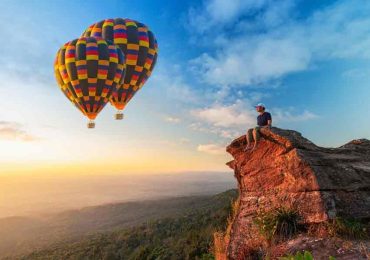 Troy, 30 kilometres southwest of Çanakkale, is one of Turkey’s most famous archaeological sites and was also the setting for the Trojan War in Homer’s epic, the Iliad. Dating back more than 4,000 years, the Greek legend of Troy suggests the city faced attack for many years before it was conquered by King Agamemnon, who hid his army in a giant wooden horse to dupe his enemy.

The city of Troy is surrounded by myth and legend and a fabulous excursion to take should you be cruising the Izmir or Çanakkale area. If the Trojan War actually took place, and whether this was the location for this famous battle, remains a hot topic of debate.

This mass collection of historical monasteries and cave churches sits within the central Anatolian region and is the most popular attraction in Cappadocia. Within some of those ancient churches, the finest specimens of ancient Byzantine frescoes guaranteed their inclusion.

The latest addition to Turkey’s UNESCO list, Aphrodisias was inscribed as a UNESCO World Heritage Site in 2017. The UNESCO listing consists of both the ancient ruins of Aphrodisias and the quarries which provided marble for the site. The small ancient Greek Hellenistic city was named after Aphrodite, the Greek goddess of love and the highlights include the monumental gateway leading into the site, the temple of Aphrodite which dates from the 3rd Century, the stadium which is one of the best preserved of its size and the museum which house the friezes from The Sebasteion building.

The ancient city of Ani is situated in the easternmost Turkish city of Kars, adjacent to the Turkish-Armenian border.

Rising to prominence around the fifth century A.D., Ani served as the capital of Medieval Armenia for centuries, starting with the Armenian Kamsarakan Dynasty. At its peak, Ani had a population as high as 100,000 and was one of the main hubs for trade and art in Anatolia, having control over a branch of the Silk Road.
Starting with the Armenians, followed by the Byzantines, then the Safavids and later the Ottomans, many forefathers of Anatolia ruled Ani, which resulted in Ani’s characteristic amalgamation of cultures, languages and religions.

Considered one of the most magnificent works of its period, the symbolic Selimiye Mosque of Edirne, is famous for its technical excellence and aestheticism. The mosque, famous for its enormous dome, which is referred to as the pinnacle of single-domed structures, was built by Mimar Sinan in the name of Sultan Selim II. The stone, marble, wood, mother of pearl and tile motifs used in the interior design of the mosque, which Mimar Sinan described as his masterwork, are leading examples of the period, representing the pinnacle of an art genre, with its marble-tiled courtyard, manuscript library, educational institutions, outhouse, and bazaar. 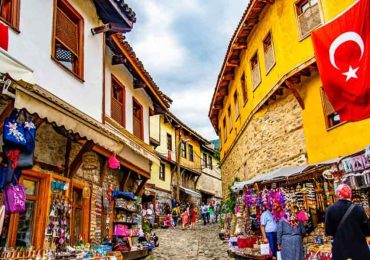 There are some fantastic displays of Hittite artefacts in the Museum of Anatolian Civilisations in the Turkish capital, Ankara.
They’re enough to make you want to know more. And, as you might expect, many of the exhibits are what has been excavated from Hattusah.
Hattusah is in the province of Çorum which is also in northern Anatolia.

This means a double whammy could be on the cards where you could take in both Hattusah and the Great Mosque & Hospital of Divriği.

Istanbul is a city like no other. Its strategic position on the Bosphorus and between the Balkans and Anatolia made it the capital of three great empires, and it has been one of the world’s most coveted locations for over 2,000 years.

Istanbul has many sites of historical importance and was one of the first locations in Turkey to be inscribed on the UNESCO World Heritage List in 1985. Four main areas appear on the listing: Sultanahmet Archeological Park (the historic centre and home to Hagia Sophia, Topkapi Palace, Little Hagia Sophia and the ancient Hippodrome of Constantine), the Zeyrek Conservation Area, Süleymaniye and the Land Walls Conservation Area.

Between 1335 and 1363 Bursa was the first major capital of the Ottoman State and was known as Hüdavendigar, or God’s Gift, during the Ottoman period. The UNESCO listing comprises 8 components, seven in Bursa and the nearby village of Cumalıkızık, which was founded as a vakıf village from public endowments. Bursa is renowned for its series of külliye, a complex of buildings associated with Ottoman architecture centred on a mosque. Some of the highlights of the Bursa UNESCO are the Ulu Camii Mosque and the Osman and Orhan Gazi Tombs.

The name Pamukkale, or “Cotton Castle” reflects the white, cottony appearance of the calcium-rich province. Nearby, in history, Hierapolis ancient city ruins were a spa centre favoured by Roman soldiers and these days, the must-see landmark is the beautiful theatre.

Sitting side by side in Mediterranean Turkey, Letoon and Xanthos was the capital centre of the Hellenistic Lycian kingdom. Inscribed in 1988, visitors can stay overnight in nearby Patara, Kas or Fethiye to visit on a day trip.