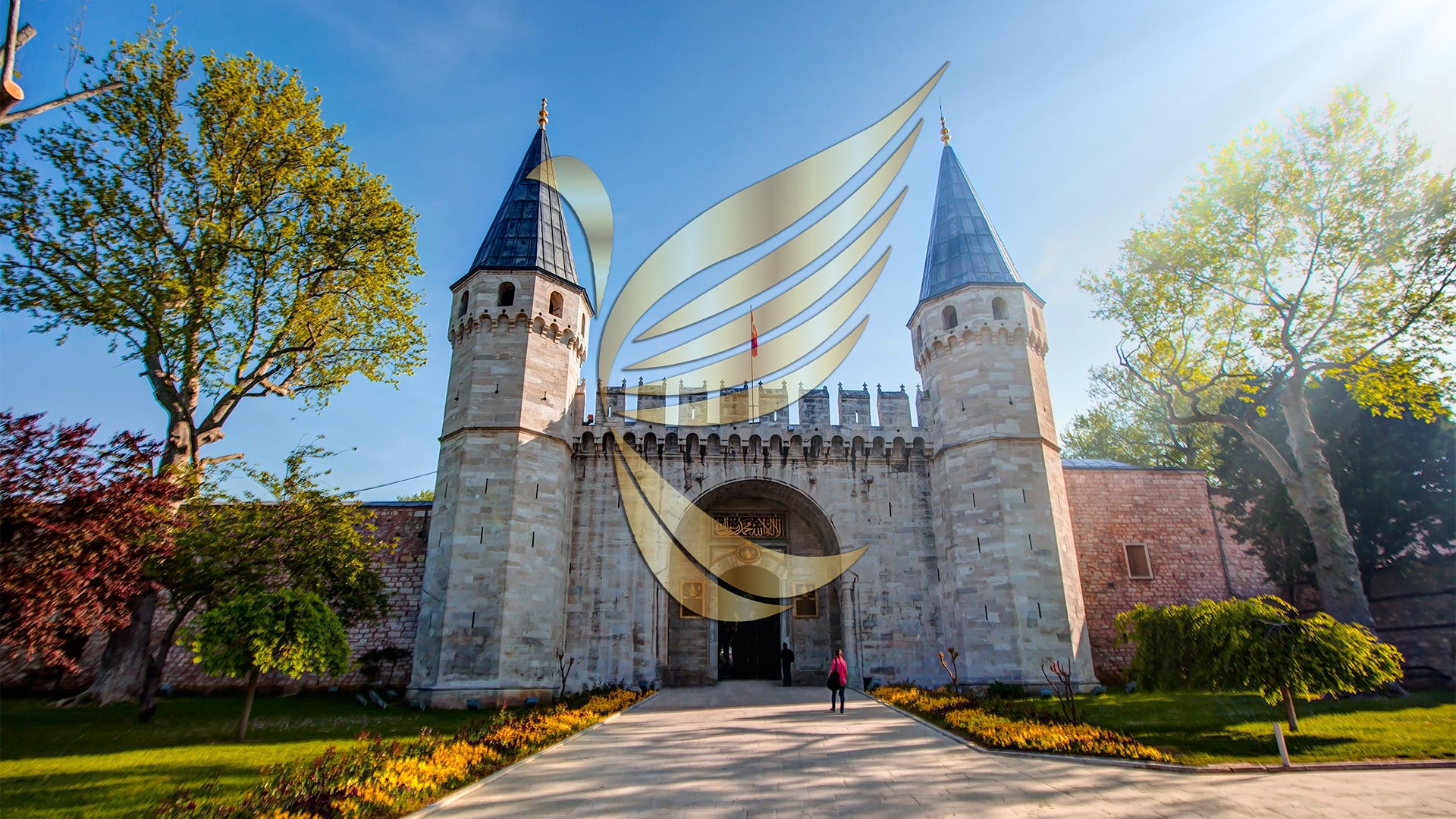 Topkapi Palace – The Seat Of The Ottoman Empire

Topkapı palace could also be a central place located altogether the Ottoman sultans’ time until the reign of Abdulmecid I (1839-1860), a period of nearly four centuries. The sections of Topkapı Palace consist of four courtyards and a harem. It is the most significant and oldest palace within the globe to survive to our day. After the conquest of town in 1453, the young Sultan Mehmet moved the capital of the empire to Istanbul. He was settled within the center of the town and built Topkapı Palace which is well-known as a standard example of Turkish Palace structure. When it had been used as a palace, it served more functions than one ,generally associates with royalty. Although it absolutely was the house of the Sultan, the only real ruler of the empire, it had been at the identical time the center of the manager affairs, the place where the council of ministers met, and also the treasury, mint, and state archives were located there. It is situated on the acropolis, the situation of the first settlement in Istanbul, it shows a formidable view of the Golden Horn, the Bosphorus and thus the ocean of Marmara.

The palace is surrounded by 5 km of walls and occupied an area of 700,000 sq. m at the tip of the historical peninsula. It consists of three courtyard, each serving a special purpose. Therefore it had been the heart, the brain, the very center of the Ottoman Empire. Later, the harem (private quarters) of the sultans was moved here too. In 1924 it absolutely was became a museum at Ataturk’s request. Different craftsmanship, tiles, architectural styles, jewelry (like spoken as a famous spoon maker’s diamond) exhibited in Topkapı Palace reflect the wealth of Turkish art and mixture of the varied countries culture. 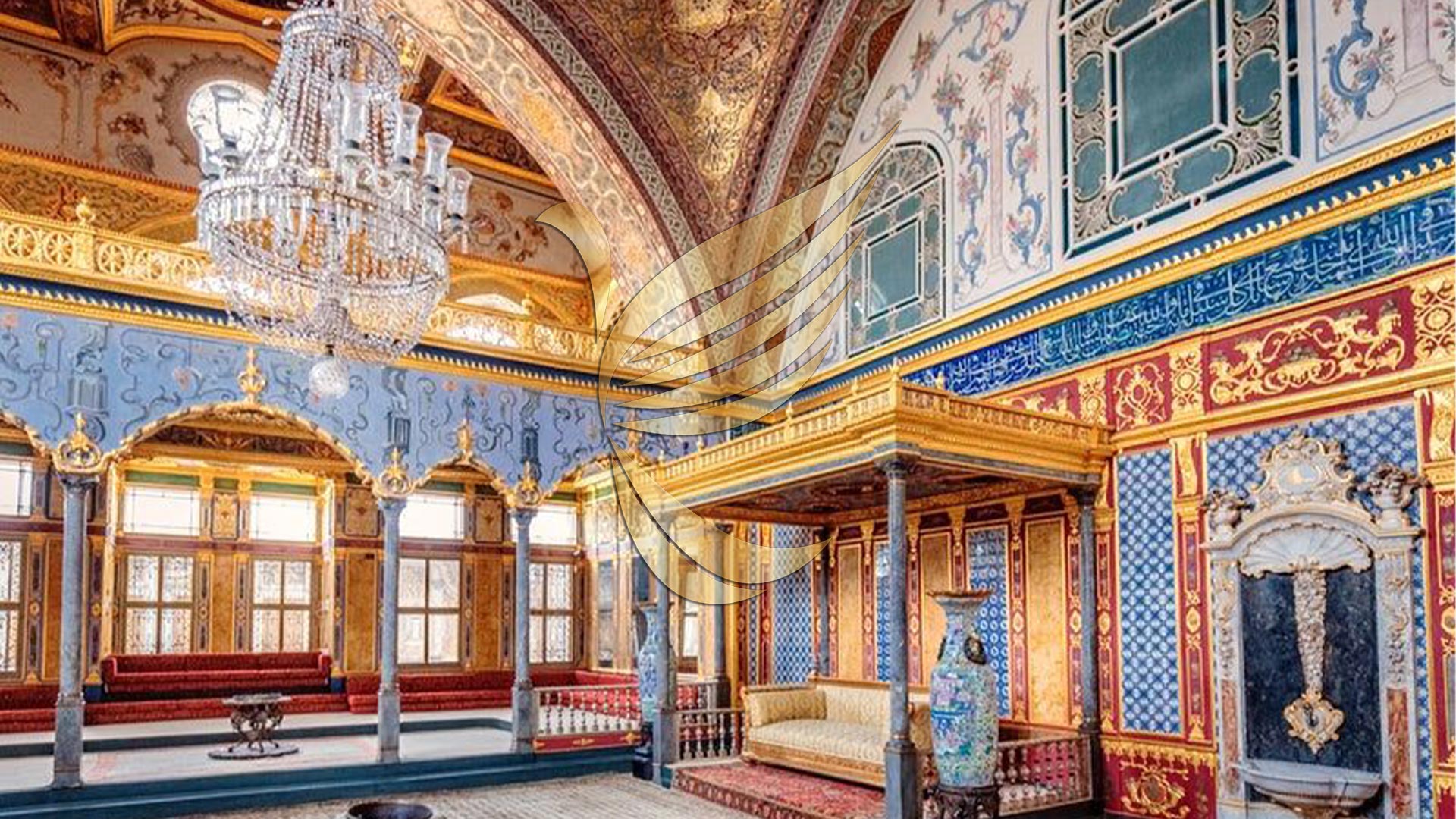 Parts of the Topkapı Palace

It was built by Fatih Sultan Mehmet who was popularly noted as a conquerer İstanbul and it is the primary one in every of the three doors. The citizen can use this door to return easily in to the first yard. there’s an inscription dated 1478 over this door, which belongs to Ali bin Yahya Sofi, the one in all the first penmen within the empire. Sultan 2.Mahmut and Abdulaziz’s tughras demonstrate that Bab-I Humayun is repaired by them.

The first courtyard is that the sole part hospitable the citizens. It is entered through the called Imperial Gate. Also it is the biggest courtyard within the Palace. The monumental fountain seen outside the gate could also be a fine looking example of 18th century Turkish art. During this courtyard there are the palace bakery, the mint, the quarters of the palace guards, and also the firewood depots. Tiled Pavilion and thus the Archeological Museum are during this courtyard, too.

It is the foremost entrance of the palace, called the Gate of Salutation. The second yard was well-known as an headquarters of the state and so the govt. Therefore Only the sultans could enter this yard on horseback but sometimes the citizens being official business were allowed here. State ceremonies befell during this courtyard. The only tower within the palace is found here too. It had been called “the Tower of Justice” because it had been the trial place of the state court of justice.

The third courtyard was the private place of the sultan and it absolutely was entered only by special permission. It concists of harem and salutation. Sultan stayed along with his family here. It is popularly called Harem-I Humayun. The imperial education, the throne room, the treasury of the sultan and also the quarters housing the sacred relics were located during this section. The sultans received foreign ambassadors and high officialdom within the throne room, which is directly opposite the doorway. For security reasons those serving within the throne room were selected from among deaf and mute persons. The library of Ahmet III within the middle of the courtyard is an 18th century building that’s a typical example of the harmonious mixture of the baroque and Turkish architectural styles.

The treasury an element of the Topkapı Palace Museum is that the richest collection within the globe because rather than the masterpices of Turkish art of the jewellery there’s mixture of the alternative countries’art like region, The India and Europea. During this section, authentic and original pieces are displayed.It consists of 4 room and every room reflects different pieces. One all told the foremost valuable pieces is Spoon Maker. The 86-carat Spoon Maker’s (or Pigot) Diamond, one altogether the foremost famous diamonds within the globe, is additionally to be found here.

Harem means ‘’forbidden area’’ in Arabic. It absolutely was a non-public place of sultan and of the other members of his family. Also the ladies generally from outside came to the harem at very early age, they’re educated and spoken under the strict conditions. The cleverest and finest girl selected for the sultan and he or she or he could rise the sultana. Therefore: It created a rivalry among them. At the beginning, harem consisted of 400 rooms and it absolutely was built narrower but later it absolutely was altered and enlarged over the years. Only a chunk of the harem is receptive the overall public. it’s up to the imagination of the visitor to recreate the colorful and lively old days in these dim hallways and empty rooms.

The state treasure was situated on next to the council of state. This eight-domed building today houses rich collection of old weapons in a very very modern exhibition. The weapons were utilized by the Turkish Empire which they were located in armory. Within that armory, the weapons were protected and repaired. Besides the armor and weapons employed by the sultans, those employed by the members of the palace and also the military is exhibited here along with weapons taken from other countries. Also there’s taken place the part of the council of the state. The council was consisted of the viziers and secretaries, and so the leader vizier authorized the meetings. The sultans didn’t participate the meetings, but could hear the discussions about state matters from a high window in one in every of the walls. This window opened to the harem part and a curtain covered up it. Within this hall, it had been given a feast for the foreign missions.

Unique collections of the sultans’ wardrobes are exgibited within the section to the right of the courtyard. There are found 2,500 of handmade costumes product of cloth woven. Also they’re preserved carefully in special chests since the 15th century.

The section of the kitchen and so the porcelain collection incorporates the 2500 pieces of Chinese and Japanese porcelain. The an element of the kitchen was employed by over one thousand cooks and their assistants to rearrange and serve meals for the numerous sections of the palace. One a component of the kitchens are protected as before but the others are exhibited to porcelain and glassware produced in Istanbul. The palace contains a whole of 10.700 Chinese pieces, ranging from the late Sung (13th century) and also the Yuan dynasties (1280-1368), through the Ming (1368-1644) to the Ch’ing period (1644-1912). Kind of those are now on display within the Palace Kitchens.

In the collection, there are up to 730 Japanese porcelains dating from 17-19th centuries. These are mainly Imari ware produced in and around Arita in southern Japan.