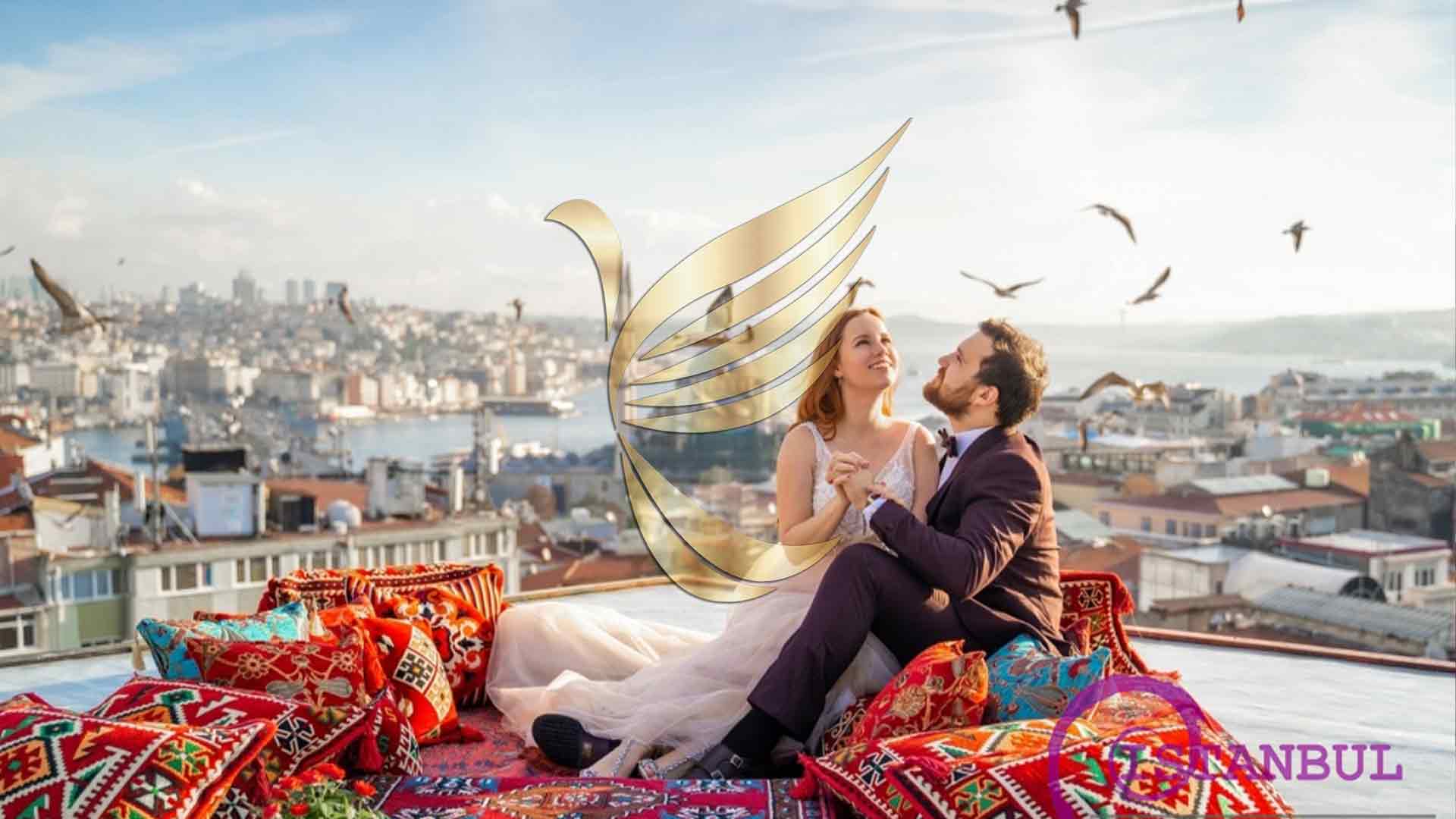 Best Places for Photography in Istanbul

Anatolian Castle, also known as the Beautiful Castle is a medieval castle located in Istanbul, Turkey, on the Asian side of the Bosphorus. The locals of Istanbul call the Asian part of the country “Anatolia”, which is the name given to the fortress. It is the oldest surviving building in Istanbul, and was first built as a watchtower commissioned by the Ottoman Sultan Bayezid I, as part of his preparations for the siege of the Byzantine city of Constantinople (now Istanbul).

Whether you want a street view, or just a photo taken of the heart of the Bosphorus, the castle will never fail to impress you as a photography site as well as its sister structure: Rommel Castle. Facing the Anatolian Castle across the Bosphorus, Rommel Castle was built under the supervision of the Ottoman Sultan Mehmed II, and was designed to work alongside his older sister. Also known as the Bosphorus Aqueduct Castle, it is as impressive as any architectural structure it could ever have. Parts of Istanbul might let you capture it with the Fatih Sultan Mehmet Bridge in the background. 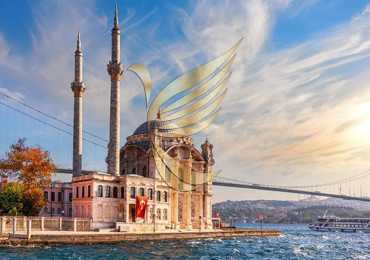 View of the Bosphorus

Some of the coastal areas, such as Beykoz, offer the best places to get a view of the Bosphorus, and they surround (or surround) these two forts. These areas offer the most scenic views of the two bridges: the Bosphorus Bridge (officially known as the July 15 Martyrs Bridge) and the Fatih Sultan Mehmet Bridge.

The Junglekoy district of Istanbul, located on the Asian side, is steeped in the hearts of photographers with a view of the Bosphorus. Its beach accommodates plenty of cafes and restaurants, and its balconies offer great views of the Bosphorus. Many other villas and mansions adorn the shores of Istanbul waiting to be discovered and captured.

The city is also known for its wooden houses, which reflect the Ottoman architectural style, as well as the Koleli Military High School (now a museum), a building dating from 1845.

On the European side, a group of historic buildings offer the warmest welcome to photographers with their incomparable architectural features coupled with the most beautiful landscapes.

Beyoglu is probably the first place the photographer will chase with its heritage tram, Galata Tower, and streets displaying a history that can’t be found anywhere outside of Istanbul. The most famous of these streets is Istiklal Street. In addition to its importance as a means of transportation, the tram offers an aesthetic function with its history, shape and red colour. Formerly the tallest building in the city, Galata Tower offers a 360-degree panoramic view of Istanbul.

Beyoglu is also known for its arcades that reflect a variety of costumes, shedding light on the history of the area.

Moreover, we advise you not to miss the opportunity to see the nearby rainbow stairs and Kamundo stairs, which provides a great opportunity to have an unparalleled Instagram view. Legend has it that a banker named Kamondo built stairs so that his grandchildren could take a shortcut on their way to school. Regardless of its purpose, staircases contribute greatly to the urban fabric of the city – especially in the Karakoy district.

Nearby, in Besiktas, a former imperial Ottoman summer pavilion welcomes people who want to take pictures or have their photos taken: Ihlamur Palace. Constructed during the reign of Sultan Abdülmecid I (1839-1860), the pavilion now presents one of the most elegant examples of 19th-century Ottoman buildings, featuring architectural features that bear the traces of the neo-baroque movement. 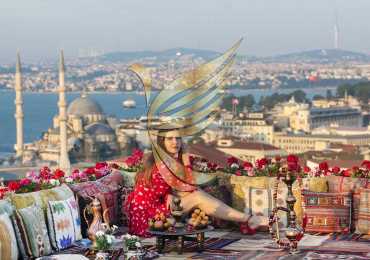 If you want a greener view, here is a short list of the most picture-perfect parks and forests in Istanbul: Yildiz Park, Maçka Democratic Park, Gulhane Park, Ataturk Arboretum and Belgrade Forest. It is only one or two stops away from most of the central parts of the city if you want to breathe some fresh air and satisfy your need to take beautiful pictures in Istanbul.

A ferry ride from the Asian side to Europe would also be a good idea: seeing the seagulls circling above you for a piece of simit (Turkish bread) is the most adorable animal of all.

Among the most famous mosques in Istanbul, Süleymaniye, Sultanahmet (blue Mosque), and Ortakoy Mosque are cited, all featuring a lace-like interior and ornate exterior that could steal the spotlight than any other architectural wonder.

Their religious significance gives these antiques an aura that you’ll never feel like you’ve taken enough pictures to capture their beauty. There are many rooftops near and around these mosques where it is easy to catch an aerial view of the mosques along with the best sea views.

Just behind the SultanAhmed (blue) mosque, at the far end of the old hippodrome in the Fatih district, you can see the Topkapi Palace, which served as the main residence and administrative residence of the Ottoman sultans for centuries. It captures a major history and begs to be captured by yourself. A tile booth is also nearby, located within the outer walls of Topkapi Palace. It contains many examples of Iznik tiles and Seljuk poetry, and has always served as a great treasury for photographers.

Take the tram to the Egyptian Souk (Spice Market), the Roofed Market (Grand Bazaar), and the secondary bazaars leading to them to pick up local delicacies, handicrafts, and Ottoman architecture, three distinct things that distinguish Istanbul. Egypt Garshi used to sell spices of the Ottoman past that were imported from Egypt, which is why it is sometimes called the Egyptian Bazaar as well. 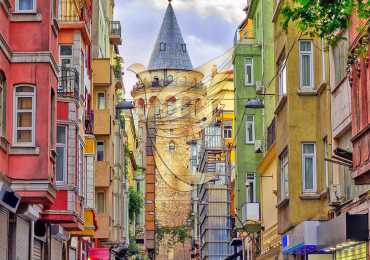 If you haven’t satisfied with the photography artist in you, that’s fine. We still have plenty of sites in stock to suggest to you. Go to Halic (also called the Golden Horn) and see the narrow and colorful streets of Balat, a cultural mosaic decorated with a range of Jewish and Greek heritage. Head to the Eyup Sultan district, which includes PierreLoti Hill (Per Loti Tepesi), a usual meeting point that offers panoramic views of the Golden Horn and serves Turkish coffee cooked on the hot sands. The hill takes its name from the French novelist Pierre Loti, who moved to Istanbul at some point in his life and visited it regularly.

I thought you were done with Istanbul? Don’t do that, because Istanbul is never done with the paparazzi! The Princess Islands, officially only Adalar, are officially part of Istanbul, and are located off the coast of Istanbul. It consists of Buyuk Ada, Hebeli Ada, Burgaz Ada and Kanali Ada. You can reach them all in the same boat. We recommend you to come down in Buyukada, the largest of all, and admire its historical buildings and unspoiled nature.