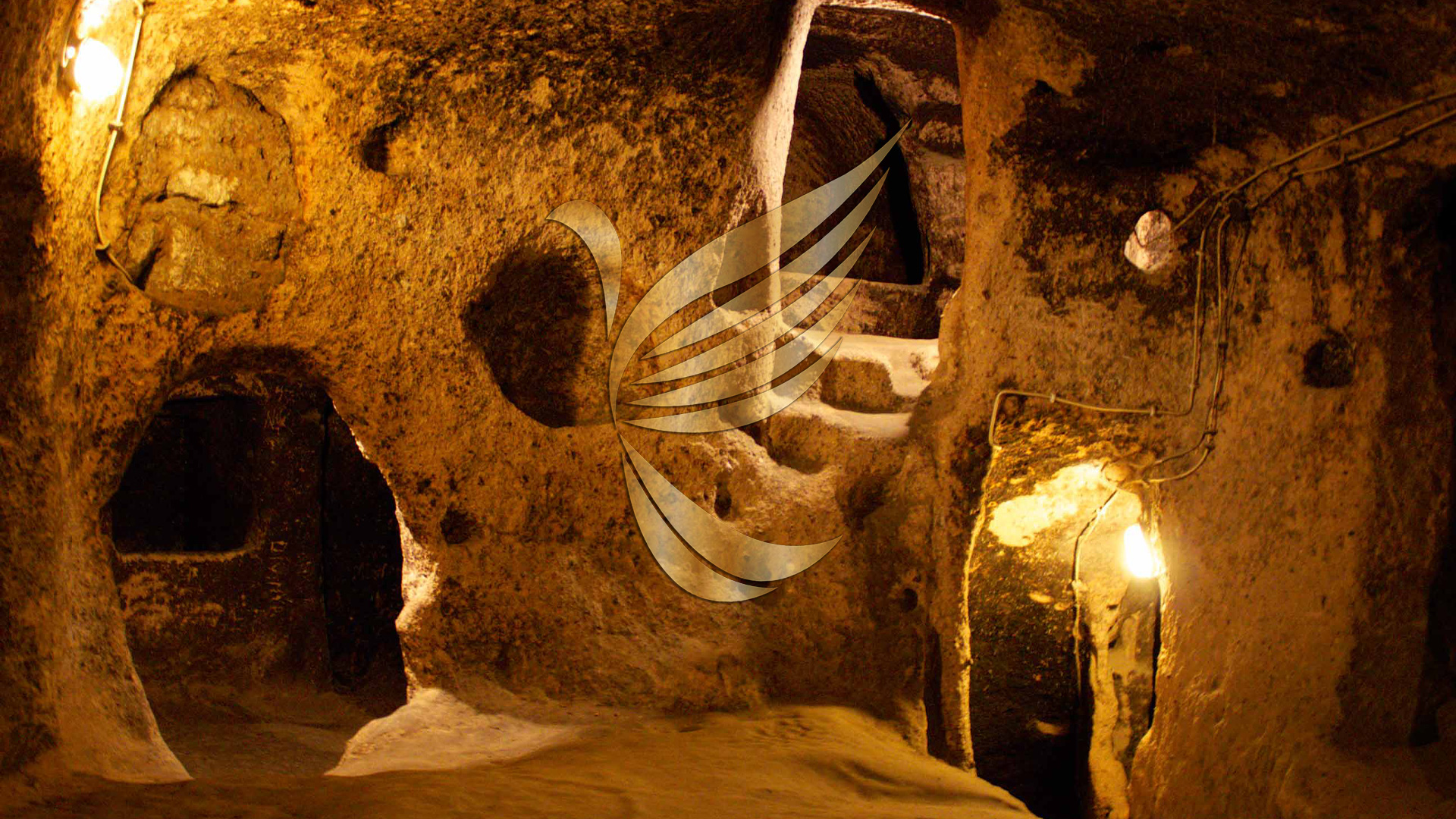 Underground Cities? These troglodyte cave-cities were excavated as early as Hittite times, and expanded over the centuries as various marauding armies traversed Central Anatolia in search of captives and plunder. There are 36 underground cities in Cappadocia and also the widest one is Kaymakli underground city, while the deepest is that the Derinkuyu Underground City.

Kaymakli underground city is constructed under hill referred to as the Citadel of Kaymakli and was opened to visitors in 1964. The people of Kaymakli (Enegup in Greek) village have constructed their houses around nearly 100 tunnels of the underground city. The inhabitants of the region still use the foremost convenient places within the tunnels as cellars, storage areas and stables, which they access through their courtyards. The Kaymakli Underground City has low, narrow and sloping passages. While the underground city consists of 8 floors below ground, only 4 of them are hospitable the general public today, within which the spaces are organized around ventilation shafts.
The first floor of the underground city is that the stable. The tiny size of this area suggests that there might be other stables in sections that haven’t yet been opened. The passage to the left of the stable contains a millstone door and leads into the church. To the correct of the corridor are rooms hollowed out as living areas.

The church on the 2nd floor includes a single nave and two apses. ahead of the apses is an altar, and on the edges are seating platforms. There also are some living areas on this floor.

The most important areas of the underground city are on the 3rd floor. Besides numerous storage places, wineries and kitchen, the block of andesite with relief-texture found on this floor is incredibly interesting. Recent research has proved that this stone was used as a melting pot for copper. The stone wasn’t brought here from outside but was a part of the andesite layer unearthened while hollowing. To be able to use it as a melting pot, 57 holes were carved on the surface of the stone. The copper ore, about 10 cm long, would be put into one amongst those holes and would be hammered employing a hard piece of rock. This method has been known since the Prehistoric Periods.

KaymakliUndergroundCity The copper delivered to the Kaymakli Underground City was probably dug from a quarry between Aksaray and Nevsehir. (The same quarry was also utilized by the people of Asilikhoyuk, the oldest known settlement in Cappadocia Region.)

The fact that there are plenty of storage rooms and places to place earthenware jars within the wineries on the 4th floor indicates that the people living during this underground city were economically stable. The airway can even be seen from the 4th floor. it’s a vertical well and passes all floors down like on the elevator in an apartment. The depth of the air passage is about 80 meters in total.

Even though the entire city has not been completely opened, and since only 4 floors are uncovered, it’s certain that Kaymakli is one amongst the most important underground settlements within the region. it’s accepted because the widest underground city of Cappadocia, among the explored ones. the amount of the storage rooms in such atiny low area supports the concept that an excellent number of individuals resided here. Archeologists think that this might are up to 3500 people.